25 Oct Chat with the David

Posted at 12:08h in Activities and Events by admin2
0 Likes
Share 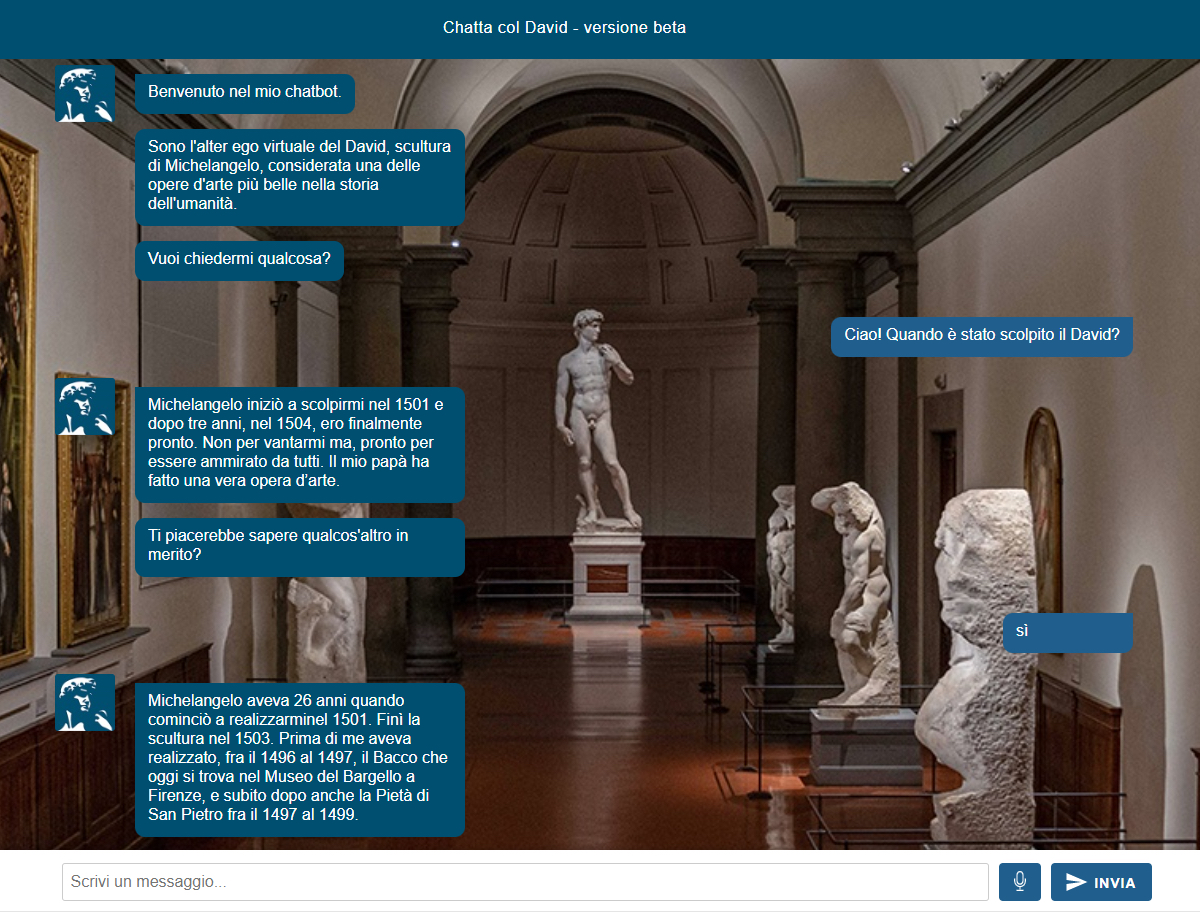 Do you want to know what Michelangelo’s David, an icon of the Italian Renaissance, thinks, or how he spends his days? Would you like to ask him curiosities about the period in which it was made? Now interacting with the alter ego of the most famous statue in the world is easier than ever! “Chat with the David”, the artificial intelligence project that the Galleria dell’Accademia in Florence launched last December 2021, on the Museum website, has reached its final version thanks to the amount of interactions with users.
The system, an automated software based on deep learning technology, keeps the learning process continuously active, allowing the chatbot to be increasingly capable of responding in an articulated way. The project was born from an idea of Cecilie Hollberg, Director of the Galleria dell’Accademia, and was created using tools developed by Querlo, a New York company specialised in the production of technological applications using artificial intelligence. During all these months, the chatbot has been enriched with content thanks to all the questions that have been asked and which have produced over 16,500 interactions in Italian and 9,500 in English. It was possible to add over 70 answers, increasing the combinations by about 1000 times to formulate the same question. It is a learning process that is always ongoing and constantly evolving.
“A great success” says Cecilie Hollberg. “Everyone wants to talk to our handsome hero. Questions ranged from food curiosities to requests of historical and artistic interest and of a conservative nature. Someone asked him if he was feeling lonely and wanted to date, so much so that they even asked him for his phone number! A playful and different way to involve an increasingly heterogeneous and vast international public.”

The initiative is in agreement with Mic, the Ministry of Culture, which strongly supports the commitment to the use of digital technology for the promotion of the Italian cultural heritage, and was also carried out thanks to the contribution of Friends of David.